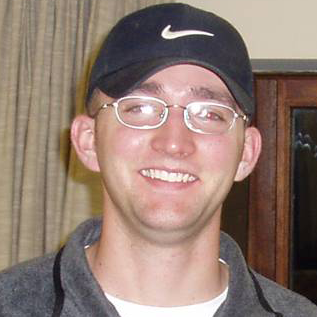 SPC Michael K. Spivey was born in Oklahoma on September 9,1983.  He is the son of MSG Spivey, whom simultaneously served on active duty for the U.S. Army. Shortly after graduating from high school, Michael  enlisted in the U.S. Army as a CH-47D Helicopter Mechanic.  In a few short years, he obtained the status of CH-47D Crew Chief.
​
Prior to joining F Company, 159th Aviation Regiment “Big Windy”, he was stationed at Ft Eustis, Virginia, and Ft Knox, Kentucky.  Upon joining Big Windy, he served in Iraq as a member of maintenance platoon, and volunteered to be a door gunner.  He worked tirelessly to prepare for the unit’s deployment to Bagram, Afghanistan in support of Operation Enduring Freedom.  During pre-deployment preparation, Michael jumped in to help his friends in the Headquarters’ Platoon ready their broken vehicle for the trip to the port—this was after a day of flying his aircraft and packing his platoon’s things.  He knew the procedures, and thought it best to lend a hand. He served as a Crew Chief for 1st Flight Platoon.

Michael enjoyed spending time with family and friends.  He comes from a family who is deeply rooted in serving our nation through military service, and he served with that same honor and dedication to our Army’s mission of protecting our nation through selfless service. Michael Spivey, the faithful volunteer, never seemed to quit helping his brethren even when he was tired or when the chips were down.