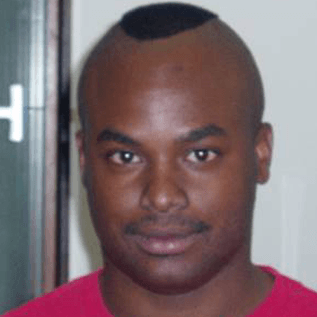 ​SPC Pendelton L. Sykes II was born in Virginia on April 19, 1979.  Pendelton enlisted in the U.S. Army on May 15, 2003, shortly after the beginning of Operation Iraqi Freedom.  He chose to serve his country with full knowledge that he may soon be deployed to one of two wars that were currently being fought.  He attended the aviation mechanics course in Virginia, then was stationed at Fort Story, Virginia, Richmond, Virginia, and Fort Benning, Georgia.

After his tour in Georgia, he was reassigned to F Company, 159th Aviation Regiment “Big Windy” at Gieblelstadt Army Airfield, Germany.  He arrived at Big Windy in January 2004, and served as a member of Maintenance Platoon.  He did not shy away from hard work,  this was apparent as the unit prepared for deployment to Bagram, Afghanistan in support of Operation Enduring Freedom.  He hoped to become a crew chief, and volunteered to serve as a door gunner, flying almost daily for the unit’s first month in Afghanistan, under day and night conditions.
​
Pendelton’s awards include the National Defense Service Medal, Global War on Terrorism Service Medal, and Army Service Ribbon.

Pendleton was a young man with a contagious smile.  He was the leader in his “band of brothers”, the guy everyone looked to for advice and the one that set the example of actions.  He was the big brother to all of them, and it was this quality that extended to his duties on the flight line.  When the commander saw him working late on the flight line and thanked him,  his response was: “I’ve got to make sure that these birds are safe for the guys.”